The Summit on Bluff Mountain Location

The Summit on Bluff Mountain is a luxury, very high-end development located off Waldens Creek Road in the Pigeon Forge/Bluff Mountain area. The development has a focus on unique architecture for the permanent, second, and vacation homes located within the subdivision. The entrance to The Summit is conveniently located approximately 4.5 miles and less than 10 minutes from Light #3 (Wears Valley Road) in Pigeon Forge. It offers some of the best views in all of Sevier County and excels especially for its easy access location. Not many subdivisions offer the convenience of an easy access location and premier mountain views.

Phase I, accessed off Waldens Creek Road consists of 111 lots on 390.79 acres, 68.47 acres of which was designated wildlife or common area. Phase I some relatively level lots and homesites in the lower portions and as you climb in elevation you are greeted with spectacular mountain views.

Phase II, accessed from Bluff Mountain Road or by passing through Phase I, is 128.76 acres (49 lots and 30.33 acres of common area). Phase II has the smallest overall lot size of the three phases of The Summit on Bluff Mountain. On Brook View Trail and a couple other lots across the bridge there is a small stream which offers small cascading waterfalls. The primary entrance to Phase II off Bluff Mountain Road has a waterwheel similar to what one would see on an old mill.

Phase III (65.21 acres and 32 lots) can be accessed via Smoky Bluff Trail in Phase I or a series of backroads via the Laurel Branch subdivision going through McMahan Sawmill Road to Cub Circle, to Sawmill Branch Road, to Cats Paw Lane, to Sawmill Branch Road again which eventually turns into Smoky Bluff Trail. Phase III along with Phase I offers pristine mountain views deep into the Great Smoky Mountains National Park.

The development was started in 2006 by developer Gary Fields, also the developer of Cedar Falls, and has seen numerous luxury homes built since its inception. Lot sales were very strong at the boom of the market. Sales were strong as The Summit on Bluff Mountain was first developed, but dropped off significantly in 2008 and 2009 as the market faced a significant downturn.

The Summit on Bluff Mountain created a very large marketing campaign around the end of October 2009 to take in the advantage of the fall leaf season. Several incentives for the purchase of property were offered within the development including a free Jeep Wrangler when purchasing a lot. 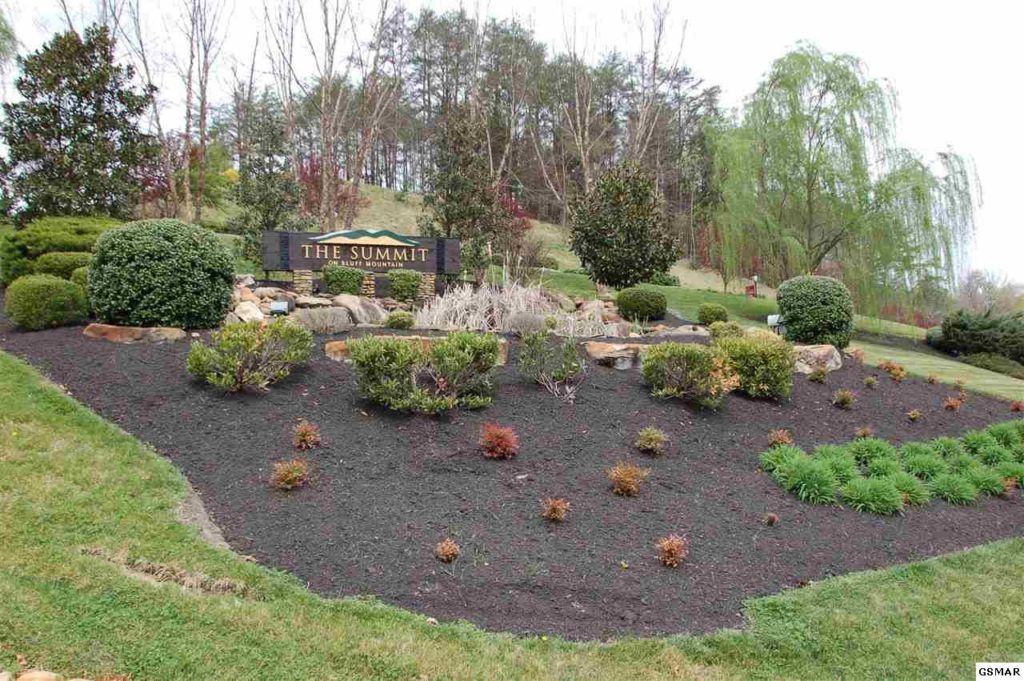 The development had a large sales center located just as you enter the development on the right. It was a “one stop shop” where you could buy a lot, go to their design center, create a set of blueprints, and have a house plan within a week. The foreclosure crisis and the recession hit overnight cabin rentals hard in Sevier County and the development of The Summit on Bluff Mountain wasn’t an exception as it faced major financial struggles as well.

The Summit on Bluff Mountain Foreclosures

The properties owned by The Summit LLC (Gary Fields) were foreclosed upon on February 14, 2012 by Mountain National Bank. The majority of the properties were vacant lots, but it also included some cabins and even some homes within adjacent Cedar Falls Resort. Once the vacant lots from the developer ended up going into foreclosure in February 2012,  the lender owned the lots began being marketed for sale and the design center was sold to an individual owner and converted to a residence.

Developer, Gary Fields, purchase of foreclosed lots in The Summit

Interestingly, Gary Fields as owner of “Fields Investments LLC” ended up buying lot #21 back from Peoples Bank of the South for $115,000 on January 31, 2013 while obtaining a loan for $75,795.74 and subsequently flipped the lot shortly after on June 6, 2013 for $195,000. It was not the only lot or situation where Gary Fields, as owner of a LLC, purchased property back that was foreclosed upon and later flipped.

The Summit on Bluff Mountain was originally developed with restrictions limiting the property owners’ freedom to build and sell their lots in a manner I have never seen before within Sevier County. The covenants and restrictions were written to enable the developer to have multiple streams of income generated including the sales of the lots, the exclusive building of homes on the lots (unless massive costs were paid), and the builder attempting to gain exclusive control as the real estate agency marketing the property for sale by an individual owner.

One control, money-making ventures, and power grab in the restrictions included Article 22 in the original restrictions which stated “If any landowner desires to list their property with a real estate company, they must list with “The Summit on Bluff Mountain Realty” for 120 days, then you may choose the realty company of your choice.” This clause, thankfully, was removed in its entirety within the first amended restrictions to The Summit On Bluff Mountain recorded on August 31, 2007. 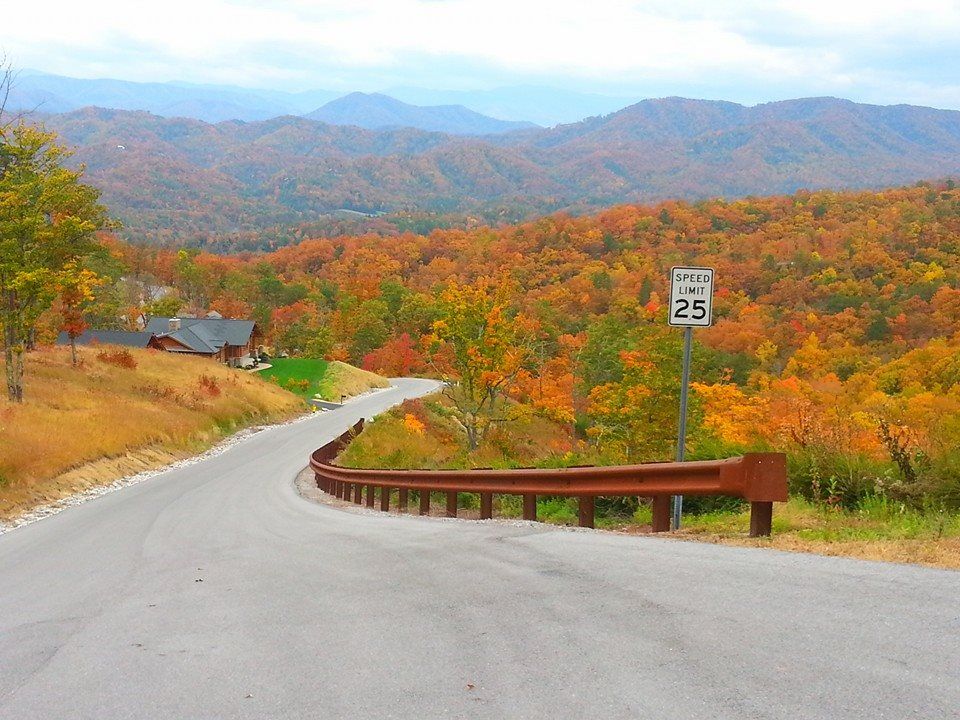 The most disturbing clause of all in my opinion was in Article 10, Section 22. It attempted to make it so owners only used Fields & Dreams LLC as the home builder for the property or they faced a cost of $5.00 per square foot of heated space to cover the cost of the Design Center and plan review and approvals (Article 10, Section 22: Outside Builders within the original restrictions). With the size of homes within The Summit on Bluff Mountain frequently exceeding 5,000 square foot or more this equated to a $25,000 or more charge just for using an outside builder and approving plans.

Thankfully, this major attempt at a power grab and revenue source was later changed to $10,000 flat fee in Amendment #1 of The Summit on Bluff Mountain restrictions on August 31, 2007. Subsequently, this restriction was removed in its entirety in May 2010 within the fourth amendment to the covenants and restrictions for The Summit.

These restriction revisions helped enable a much more free market enterprise and enabled the resurgence of The Summit on Bluff Mountain as a prominent luxury community in the Smoky Mountains. Once a large portion of the vacant foreclosed lots had been purchased by individual owners the HOA got together and passed a comprehensive revision of The Summit restrictions as the amended and restated declaration of covenants and restrictions. This made some changes to the previous four amendments and restrictions while incorporating a large portion of the original restrictions as written. This was recorded and finalized on March 26, 2018.

There was a fire that started on Memory Way on Bluff Mountain on April 16, 2013 that spread into The Summit on Bluff Mountain. Although it was contained and only damaged lots within Phase II of The Summit on Bluff Mountain, it still caused some concern as winds picked up and spread it further into The Summit.  Luckily, fire fighters were on site and were able to get it under control. The back entrance gate area off Bluff Mountain Road had flames right next to it as I drove by to check it out on the evening on April 16, 2013. It seemed, at least while I drove by to be mostly confined to lots 115 and 116 along with the common area for The Summit. It didn’t get far into roads such as Mountaineer Trail in Phase II of The Summit. Although, it did get very close (and may have experienced some burn damage) on Brook View Trail.

There was another fire in The Summit on Bluff Mountain Phase I that destroyed a large, beautiful home on Laurel Cove Trail. That fire spread and threatened the properties on Misty Bluff Trail. Fire fighters were on scene and prevented any other structure damage from the fires. The owners of the property that burned rebuilt their home on the property that features a fantastic view of the Smoky Mountains.

The Summit on Bluff Mountain is one of the most high-end subdivisions within Sevier County. The only other subdivisions that are in the same general median price point, as of 2019, are The Enclave at Cove Mountain and Norton Creek Estates. Both are located in Gatlinburg and excluded overnight cabin rentals.

Lots originally sold for quite high prices in the peak of the market from the 2006 to late 2008 time frame prior to the developer going into foreclosure. Once the large inventory of foreclosure lots came on the market for sale the supply versus demand was significantly out of proportion. This caused lots to sell for increasingly lower prices.

There are lots my wife and I were in contract to purchase and closed on (lots #46 and #48 on Misty Bluff Trail) that ranged from the $40k to $60k range that had previously either sold for more than double that price or similar lots that had been sold by the developer prior to foreclosure. In the picture below you’ll see my parents on lot #46 Misty Bluff Trail. Pretty good to be piggy backing at over 70 years old!

Land prices within the development varied tremendously depending on whether it is a foreclosure, short sale, or regular sale. Originally lot prices ranged from $150,000 to the high $500,000’s. Currently lots are priced well below their initial offering prices.

Homes within the development are typically $500,000 and up with several over $1 million including a few over the $2 million mark. There has been a short sale where I represented the buyer as low as $345,000 (2851 Summit Trails Drive) in February 2016. This was by far the lowest price of any home to ever sell in The Summit on Bluff Mountain and prices have recovered considerably since then. It is now rare to find a home listed for less than $1 million.

As you drive from Phase I on Smoky Bluff Trail into Phase III the new lots on the left will have excellent mountain views of Cove Mountain, Mt. LeConte, and deep into the Great Smoky Mountains National Park. The lots on the right primarily have views looking back at Bluff Mountain. Some of the lots feature relatively easy building sites on gentle sloping land. The road primarily follows the ridge on top and has home sites to both the left and right side of the road. Winterberry Trail is the road that ends in a cul-de-sac and comes off of Smoky Bluff Trail in the southern portion of Phase III.

The miles of roads within The Summit on Bluff Mountain are dedicated county maintained roads. This certainly lessens the burden of the home owners association as it isn’t responsible for the upkeep and maintenance of the roads. The Summit on Bluff Mountain does offer some amenities within the subdivision such as a beautifully landscaped entrance with a lot of river rock and seasonal flowers. Just a short bit further into the development you will see a small man-made waterfall on the right and on your left what used to be a community pond with bridge. There were a variety of issues related to the pond from the beginning and after several proposals and options it was decided to go the route as it is finished today.

In addition to the entrance there is a common area lookout pavilion near the intersection of Smoky Bluff Trail and Summit Trails Drive near the highest elevation point within the subdivision. There also used to be a “lookout” area near lots 108 and 109 in The Summit.

Negative Aspects of The Summit

2 thoughts on “The Summit on Bluff Mountain”